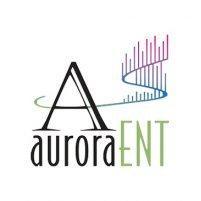 Sleep apnea — a condition in which breathing stops for brief periods of time during sleep — can be caused by enlarged tonsils, enlarged adenoids, or the anatomy of the throat. Aurora ENT work to identify the underlying cause and create a customized treatment plan for sleep apnea patients in the Anchorage, Alaska area.

What is sleep apnea?

Sleep apnea is a condition in which the patient stops breathing for periods of time at night.

What kinds of sleep apnea are there?

There are three categories of sleep apnea:

1) Obstructive sleep apnea is the most common form and it occurs due to excess tissue blockage when the throat muscles relax.

What are the signs and symptoms of sleep apnea?

Many people find out they have sleep apnea based on the observations of their partners, who notice that they stop breathing periodically throughout the night and might “startle” back into breathing. Other signs and symptoms of sleep apnea include:

In the vast majority of cases, sleep apnea is caused by an obstruction of the throat. This obstruction can be caused by a variety of different conditions, including excess tissue in the throat, enlarged tonsils or adenoids, nasal inflammation, or relaxing of the throat and tongue muscles.

Who is at highest risk of developing sleep apnea?

Sleep apnea is more likely to affect men than women. Other risk factors include being overweight, having a large neck circumference, having a family history of sleep apnea, smoking, and drug and alcohol use, including sleeping medications.

What complications can result from sleep apnea?

When is treatment necessary?

Please contact our office for more information about our insurance policies.

Words from our patients